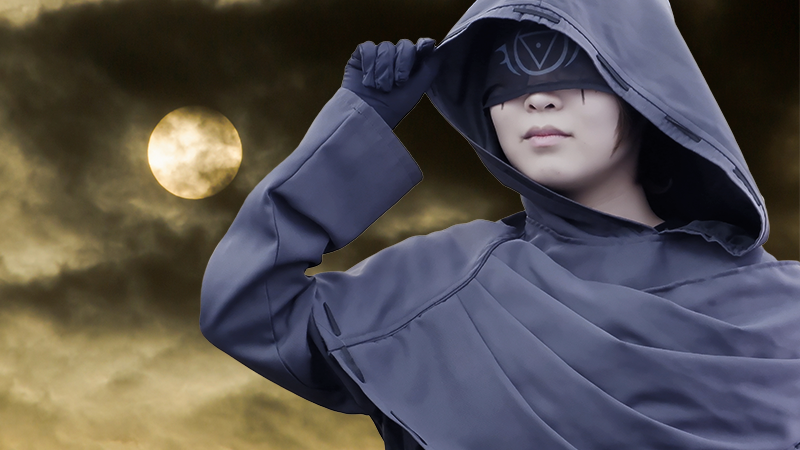 Makoto giving off the aura that she sees all, even with eyes covered

Just When You Think the Shadows are Creeping in, The Sun Shines

Weird…Our interview was smack in the middle of the day, and the sun was brightly shining in the sky, but we still felt an air of foreboding. It must have been a premonition, because the person who appeared in front of us was Eli Clark from the horror survival game IdentityV…or rather the cosplay performer dressed as him, Makoto Yokoyama. Makoto doesn’t just put on costumes; she completely becomes the characters she cosplays. She even sings and dances in cosplay! Precisely because she’s a performer, she changes the atmosphere when she walks into a room. As Eli, her appearance struck us with fear, as if we were about to talk with a demon that rose from the very pits of hell. This woman…does she see into another world with those covered eyes?

Then she said with boundless cheer, “Hello! I’m the cosplay performer Makoto Yamamoto! Nice to meet you!”

And she set our worries completely to rest. 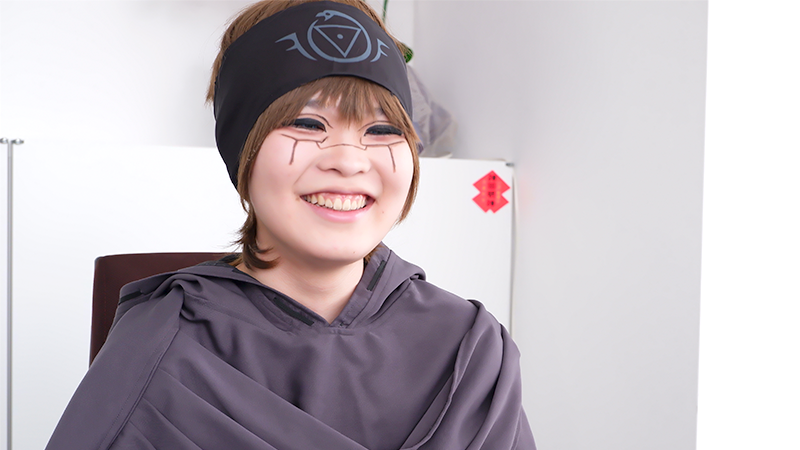 Where did that spooky aura go? Answering our questions with an angelic smile

Completely Becoming a Character in Every Sense: The Charms of Cosplay Performances

When she removed her blindfold, Makoto didn’t have a shred of that ominous auro left, but her eye makeup was still on point. Even though it would usually be covered by the blindfold, she went the extra mile to do it. That really impressed us.

Well then, without further ado, let’s get to the interview.

“The name ‘Yokoyama’ isn’t much of a cosplayer name, is it? I actually based it off of one of my favorite celebrities. There are a lot of people who do that, actually. When picking my first name, I tried to make something that would be a good combination of the characters of my real name. I really like the idea of ‘Makoto’ meaning ‘truth’ and sincerity’, so that’s why I picked it. Mostly what I do is cosplay performances. I’ll do anything I need to to completely become the character, even sing and dance. I’m a member of a cosplay performing group, and we have a Line chat where wwe ask each other to help out, like saying, ‘I’m planning to do a (something something) performance soon, can anyone join?’ Of course we do a lot of events, too. I’ve done performances at concert venues, even in front of a lot of people, by myself, as a duet, whatever. We have fun no matter what! When there’s an event, we don’t want to do something weird for the attendees, so we borrow a dance studio and practice hard!”

It sounds like standing on a stage and performing something can definitely make you become a character more completely. Makoto’s eyes were sparkling as she told us all about it.

“When we do coplay performances, people are more likely to see us as the character, and that makes me really happy!” 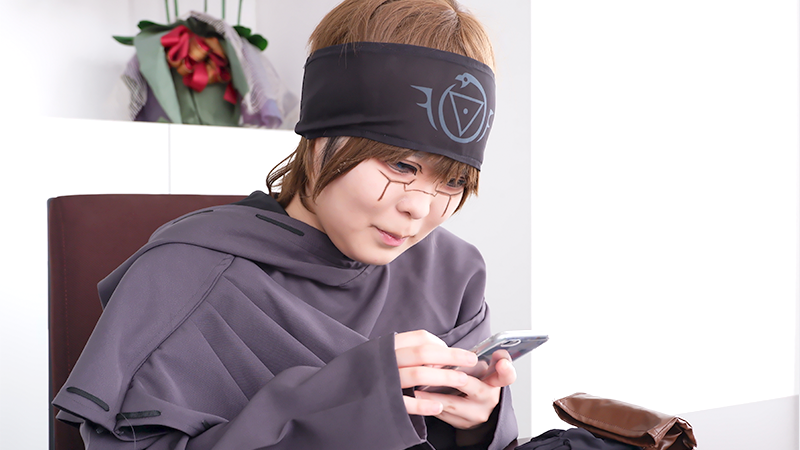 Looking back on old photos

Born to Be a Cosplayer?

How did someone so in love with cosplay performance get involved in it in the first place?

“Actually I never decided to get into cosplay. I was just doing it.”

Perhaps she was born to be a cosplayer. When we asked for more details, she said,

“So, toys marketed for little girls often include princess outfits, right? I started to like them when I was in preschool or early elementary school. That’s why I kind of naturally fell into cosplay without consciously thinking I wanted to try it. But if I had to pick a time when I started doing serious cosplay…it must have been when I did Inugami from Guregure! Kokkuri-san. I went to a theme park with my dad and had him take pictures of me around the park. I’m really thankful I had understanding parents.”

Of course. The kids’ sections of toy stores and electronics stores in Japan are filled with character costumes. It seems natural for someone to love that kind of play to transition into serious cosplay as they got older.

“That’s why my friends don’t bat an eye when they invite me somewhere and I tell them I’m coming in cosplay. I’ve actually converted a few friends to my ways (laughs). I’ve been doing it since I was in middle school, so now it just feels like a part of my life.”

With such a long history of cosplay in her life, it’s no surprise that Makoto’s experience as a girl growing up was a little different from others.

“A lot of girls start to like makeup as they get older. There are lots of trends, like natural makeup, gyaru style…but for me, even before starting with those, I was doing cosplay makeup. I think it’s the opposite of everyone else (laughs). To compete with the color and volume of the wigs we wear in cosplay, I tend to use makeup to make my eyes really stand out. So I’m really not good at regular, day-to-day makeup…(laughs)”

You Don’t Need Words to Share s Fandom with Somebody

Several fateful encounters and interesting experiences resulted from Makoto’s life of cosplay performance. One memory that stands out to her was a Halloween event she attended in Ikebukuro.

“Lately a lot of people from overseas are coming to Japan to see and do cosplay. At an Ikebukuro event I saw tons of international cosplayers. I can’t speak English at all, but I felt like if we shared a common interest in a particular anime or anime character, then we could become friends. You don’t need any words if you just shout a character’s name and say ‘Yay!’ (laughs). I feel like it transcends borders.” 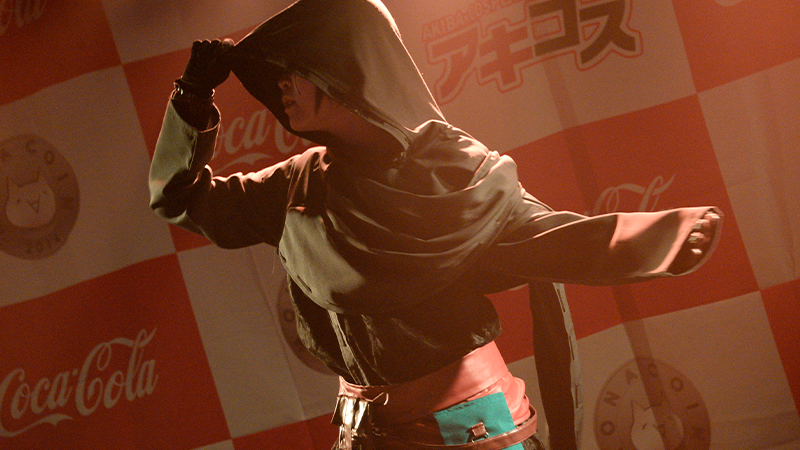 A photo of Makoto performing at a cosplay event

Makoto’s words confirm for us that having a passion for cosplaying and cosplay performing has nothing to do with national borders. It’s true that if you like the same things, you don’t need any words. We can’t wait to see Makoto’s performances on the global stage in the future!