As we waited in our company meeting room for sociologist Kasumi Nakamura to arrive, we couldn’t help but feel a little bit nervous. Most of the interviews we’ve done so far were with cosplayers and artists and had been pretty lighthearted, but now we were meeting with a distinguished scholar. What if she uses scholarly jargon that goes right over our heads?

Click. We heard the sound of the door handle turning… 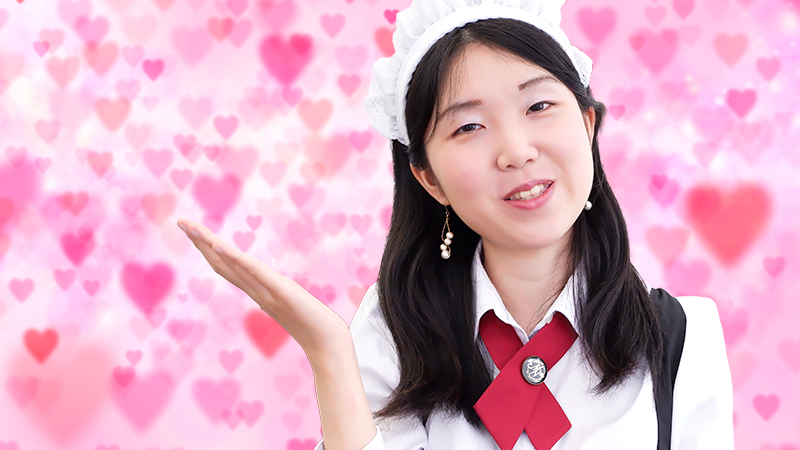 We were surprised by how much a visit from a maid cafe maid would brighten up our office.

Huh?? There was a maid at the door! We were expecting a sociologist, but for some reason a cafe maid appeared.

Up Close and Personal with the Work of a Cafe Maid

Cafe maids are surprisingly powerful. Just one transformed our cold office into a warm and comforting place. She made me want to order a cup of tea–though I wisely refrained from doing so.

As it turns out, our guest today is a maid as well as a scholar! Kasumi Nakamura not only works as a researcher and thesis writer at the graduate school of Keio University, but she is also a cafe maid named Rero. From here on out, we’ll refer to her as Rero.

We started our interview by asking Rero the most obvious question first: why does she work as both a maid and a sociologist, despite the fact that those are two very different professions?

“I can see why a lot of people might think they’re unrelated. But they’re actually really closely tied.”

So what is sociology, exactly?

“Sociology is the academic practice of using theory to try to understand and explain the broad realities and structures of society. I specialize in the study of gender and sexuality.”

Interesting! So to put it simply, studying doujin behavior could also be a form of sociology. Maybe? But why study sociology and work as a maid at the same time?

“I’ve been an otaku for all kinds of things since I was little (laughs), including sociology, but when I sat down to think about what I was most interested in, it was sociology. When I started college I became interested in idols, and then voice actresses, and fanmade idols, so it was a given that I would like maid cafes. In two years I went about 500 times.”

“People always talk about the women who work jobs that sell femininity, like idols and, of course, maids. ‘Isn’t it bad that they commodify their gender?’ they say. Many criticize these jobs as reinforcing gender norms. There are parts of that argument I agree with and I believe are worth continuing to think about. However, if we completely disavow all the jobs related to commodifying femininity, then what should all the women who are currently working in those fields do?”

As you might expect from a sociologist, we were quickly drawn into a lecture about sociology.

“There have been moments during all those times I visited maid cafes that surprised me. Some maids have said to me, ‘I don’t think what feminists are calling for will help me.’ Maids are individual women who, as I said, work in a field that requires them to show off their femininity, so they often directly face worries and hardship because of their gender. But even so, they don’t believe that feminist ideals, as they have come to understand them, can help them. So, that’s why I decided this is something that I need to think about very seriously. First I wanted to hear what kinds of work experiences the maids have had themselves, the good and the bad. Then, I wanted to analyze in what ways gender may have affected their experiences, and use that study to create a new feminism, in collaboration with the maids.”

Ooooohhh….I learned a lot. Without realizing it I’d started writing lecture notes in my notebook, subconsciously thinking this information would definitely be on the test. But then I remembered it was an interview, and I haven’t been in school for a long time. All of a sudden our interview turned into a sociology lecture

Not Just a Regular: Becoming a Maid Herself

We can understand that Rero continued to visit maid cafes because she wanted to study them from a sociologist’s perspective. But why did she, herself, become a maid?

“Since I kept going back to the maid cafes, they started to remember me, and we started to have deeper conversations than just the surface-level kind, like about the joys and troubles of working as a maid. I also interviewed a lot of maids as part of my research, and because of that I was introduced to the ‘Digital Nomad Maid Cafe Party’. It’s basically an event where people could come and do their remote work at a maid cafe. The organizers either rent a maid cafe or a rental space and allow people to come and do remote work while the maids serve them. I decided to sign up to work as a maid a few times a month for the sake of my research. As it turns out, maid cafes are perfect for remote working. Maids can pour you tea and coffee, and if you need a break, you can chat with them and get a change of pace.”

Oooh! I didn’t know they had that kind of event. I’m going to try writing my articles in a maid cafe one day!

“I interviewed a lot of maids so I thought I had a good idea of the work they do, but once I tried it I realized how hard it is. Most of what they do is waitressing work, but the true charm of the maid cafes is the communication aspect. It’s really important to cater the conversation to each lady and gentleman customer, like the timing of the conversation or what kinds of things to ask them.”

If you’re interested in the Maid Cafe Digital Nomad Parties that Rero works at, definitely check out the link below.

The Results of Rero’s Research

Rero’s main job is to be a sociologist, so she mostly writes research papers, but she has also released books together with her colleagues.

“If I only publish my findings on the problems of feminism with relation to maid cafe jobs in journals, then it won’t be widely available for the public to read. That’s why I also write essays for books, and I also have some articles published on web media. Right now I’m working on an article for the book Girls Media Studies. It’s a textbook about modern media culture and its relation to women. For example, it talks about the social media accounts operated by a lot of maids. They upload a lot of content to the cafe’s account even when they’re not working. It’s part of their job, but done outside of business hours, without pay. They also have to work hard to display their maid personality on social media, even though they don’t get paid for it. The book gets deep to the heart of things like this, so if that interests you, please check it out once it’s published.” 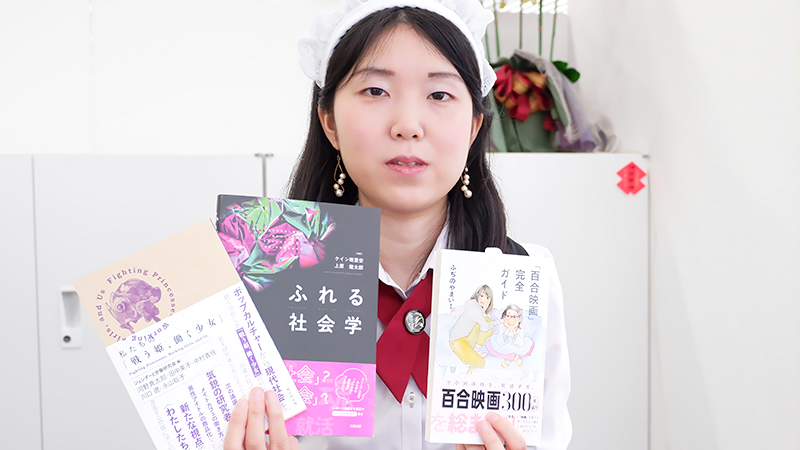 Showing off the books she has contributed to thus far

“Let’s see…what else am I involved in? Well, if you think maid cafes, you think Akihabara, right? In Akihabara there’s the non-profit organization Licolita, which is a citizen-run organization that focuses on enjoying Akihabara while contributing to society. The maids and shop-keepers of Akihabara all work together at Licolita. For example, every year we hold the Uchimizu water splashing event. Most recently, we participated in the Chiyoda Ward bicycle cleanup initiative, and then a bunch of maids and Akihabara shopkeepers competed in a boccia tournament as part of the City of Tokyo’s Parasports Event. We were able to support our beloved Akihabara, and it was useful in fostering communication among the maids. I like it because I get to work together with the maids and contribute to a lot of causes. Licolita helps you be selfish and selfless at the same time.”

What a way to put it! One day we at DoujinWorld would love to help out!!

Try Not to Be Biased–Just Try It!

Japanese otaku culture has spread all over the world, which makes Akihabara a travel destination for many tourists every year. Perhaps Rero’s studies on maid cafe maids will be shared around the globe, too.

“Well of course I want it to spread across the world, but I also want to see people in Japan aware of it too. Maid cafes come in all shapes and colors. There are cutesy ‘Moe moe kyun’ cafes, and then there are more mature, classical-style cafes. Don’t judge them based on what you’ve heard about them. First try them to find a cafe that suits you. I’m sure it will become like your second home.” 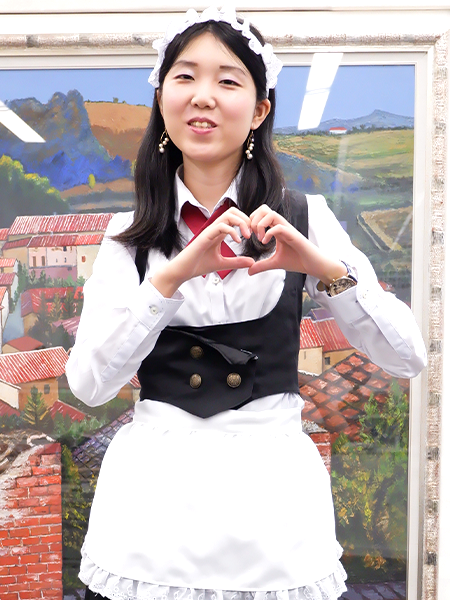 Hats off to the maids bringing us tasty food and drinks and easing all of our stress and worries!

After this, we’re going to be reflecting much more deeply on the services that we’ve taken for granted all this time.