I’m going to talk about myself for a second here.

My daughter just started junior high school this year. The other day, we went for a drive, and I asked her all the usual mundane questions a parent asks their teenager. “Is middle school hard?” “What do you like about school?” “What are you into these days?”

“I’m an otaku, so that’s all me and my friends talk about,” she told me.

Ah, so she’s like the rest of her generation, loving the romantic action-adventure anime of their time. But…she called herself an “otaku”, so is she following in her father’s footsteps?

Then she said, “I like stories that ship Tan**** and Zen****,” and absolutely floored me. My twelve-year-old daughter, going down that path already?!

It was “boy love”. My daughter was reading boy love! Such a mature topic for my twelve-year-old…this was beyond my capabilities as a father! So I consulted popular BL manga artist Kinokoyun.

Sensei!! My daughter is heading down the road of BL!!

What?! She’s only in her first year of junior high school? She’s in the middle of puberty? Shouldn’t she still be blushing as she shares a textbook with a boy she likes in class??

“Don’t worry. It’s actually a good thing that she’s encountered BL at her age. A really good thing. All you have to do is watch her grow at this stage.” 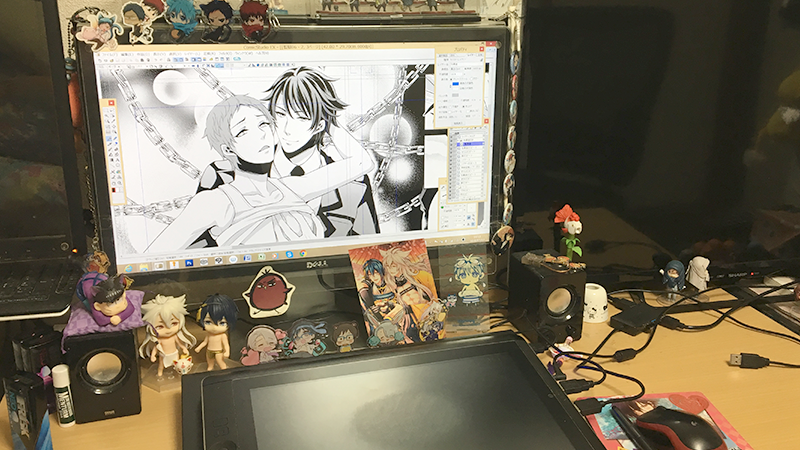 Born in Malaysia, but Working in Japan

In talking to Kinokoyun, I learned that she’s actually from Malaysia. She came to Japan 15 years ago to pursue her dream of drawing manga.

“I originally loved Japanese shonen manga, like Dragon Ball. I wanted to draw my own manga, so I did and tried sending it to Malaysian publishing companies. I ended up winning an award…and that’s where all my misunderstandings started.”

What? You won an award just after starting drawing manga. That’s proof of your talent. What went wrong?

“There was only one manga publishing company in Malaysia at the time. But I thought that it would help me become world famous and a pro in Japan.”

Ah, I see. There was a huge difference between the manga culture in Japan and Malaysia.

“I wanted to have Japanese people read my manga too, so I came to Japan. Some people compliment me on my courage and initiative, but I think I might have just been stupid (laughs)” 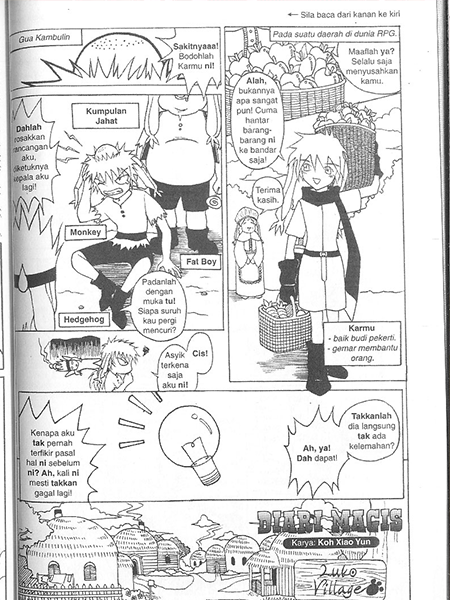 Kinokoyun’s debut work, which earned her a prize

Since she didn’t understand any Japanese at the time, the first thing Kinokoyun did was enroll in a Japanese school. She studied hard to reach a daily conversation level.

“Even though it was a school, they couldn’t teach me all I needed to know to do well in society. They helped me get to an elementary school–no, maybe a pre-school level, so the rest I had to learn in my daily life. Japanese is really difficult. For example, I work in manga translation, and translating Japanese into other languages isn’t particularly difficult. But on the flip side, translating a foreign language into Japanese is really hard! There are a lot of Japanese words that would work for different kinds of character dialogue.”

I see…Japanese does have a lot of Kanji characters, which each have tons of different readings, and there are an infinite variety of phrases. Now that I think about it, it doesn’t seem surprising that nonnative speakers would have a hard time deciding which ones to pick. 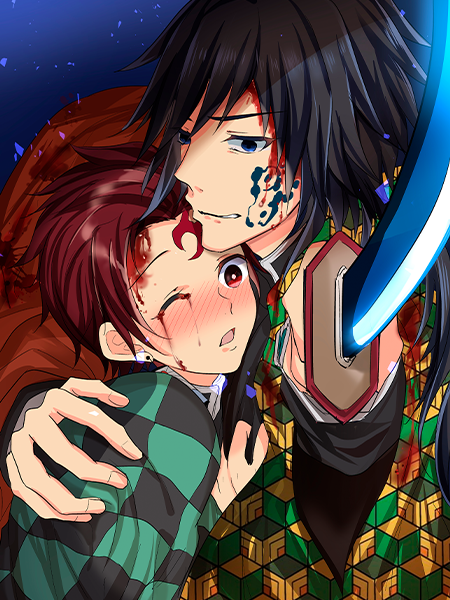 Strong in Who She Is

Kinokoyun came to Japan with a passion for shonen manga, dreaming of becoming a famous manga author…but how did she end up writing BL manga?

“I’ve always liked it! BL Is not a Japan-only thing. Nowadays it’s not even something you have to hide. It’s a popular genre all over the world, like in America and of course Malaysia. People might call me a fujoshi, a Yaoi freak, but BL stories are nothing unusual. They’re normal. Take adult magazines for example. A lot of women might look at them and blush, but that’s what men like, and they would say they should be free to enjoy it. BL is the same way for women.”

Hmm…Now that she mentions it, it does feel like it should be that way.

She’s very persuasive. But we couldn’t help but notice that Kinokoyun doesn’t take offense to being called a “fujoshi”, which people often use in a derogatory manner towards women who like boys’ love stories.

“That’s right. I’ve been called depraved and stuff, but I don’t really care. I am a fujoshi, after all, and as a person I am pretty depraved (laughs)”

On the contrary, we actually think she’s pretty pure.

“But I work for a commercial magazine, so no matter how depraved I might be, I still have to take responsibility for my manga. I can’t work alone, after all. It’s because I have my editors and assistants that I can keep picking up my pen. But doujinshi are free to be depraved! It’s nice that you can write what you want, how you want it. Hot guys with beautiful muscles head over heels in love with each other…Ahh…I just love it!” 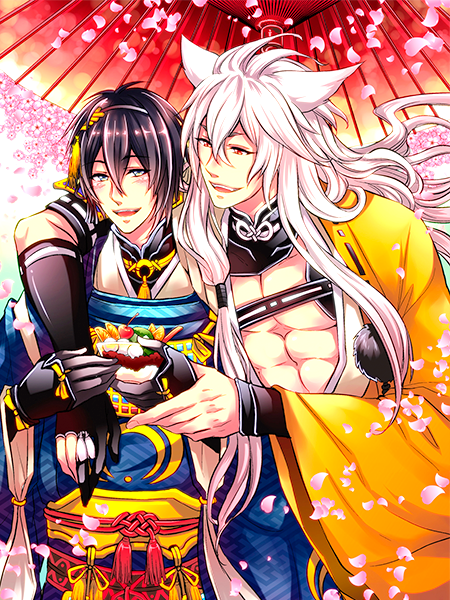 A very BL style, drawing depicting men that are both manly and maiden-like

No Matter How Much Talent You Have, You Can’t Do it Alone

“I’ve talked to a lot of kids who have big dreams. ‘I want to be successful in Japan.’ ‘I want to draw manga.’ Those dreams are wonderful. But no matter how talented you are, you definitely cannot do it alone. There are barriers in language and culture…and even though I’m a naturalized citizen now, when I am in Japan I’m still a foreigner. There are lots of difficulties in starting this life, like starting with which kind of visa to get. I might have been really lucky when I came to Japan. I’ve come this far thanks to a lot of people who helped me out. But there are so many people who get here only to have their dreams crushed, to be unable to climb the walls that stand in their way. It’s not unusual to come all the way here, learn Japanese, and spend a lot of money, just for it all to be wasted, but if someone still holds on to their dreams, still wants to work hard and be successful in Japan through all that, then I want to help them out.”

Words that can only be said by someone had put in a lot of hard work to get to where they are today.