Cosplay Photographer Blackbeard: Otaku of Japan…Let’s Get Fired up! 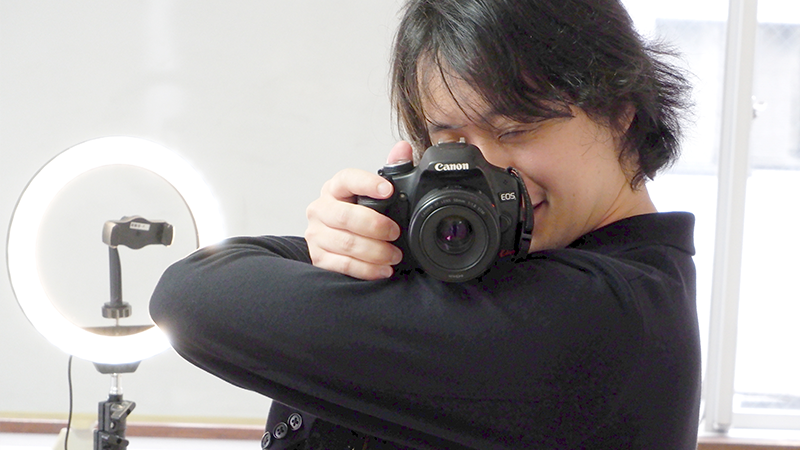 31-year-old Blackbeard came to Japan from the Philippines when he was just 14 years old. His father is Japanese and his mother is Philipina. Though he can speak perfect Japanese now, when he first arrived, he could only say a few greetings, and had a considerably hard time adjusting. It wasn’t until he entered high school that he became immersed in the otaku world.

“A good friend invited me to go to an idol handshake event. I think it was AKB48. We didn’t really have idol culture in the Philippines, so it was all new to me. After that experience, I was a huge idol fan by the time I started university. I went to Akihabara all the time.”

If you think about Akihabara, one thing that comes to mind is maid cafes. Blackbeard was a big fan of those, too.

“I was addicted to maid cafes. I went so many times. I met a maid who cosplayed on the side, and she said I would look great in girl’s clothes. At first I was like, ‘What?!’, but you know, I’m from the Philippines, where drag culture is pretty widespread, so I wasn’t completely against it. I think I was 25 then. I put a lot of work into it, like, it was hard to get rid of all my leg hair. I had to wear two pairs of socks.” 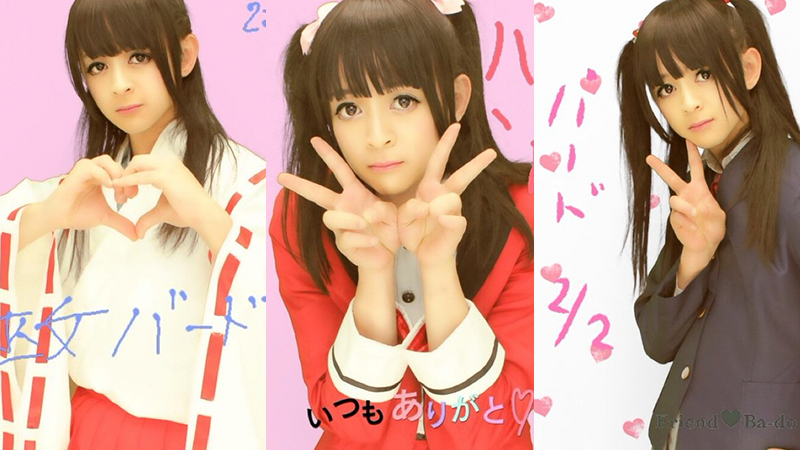 Blackbeard didn’t have any pictures of himself from that time to show us, but we assume his half-Japanese, half-Philipino looks made him a popular female cosplayer. After that, he started to participate in numerous cosplay events.

A Magnificent Transition from Cosplayer to Photographer 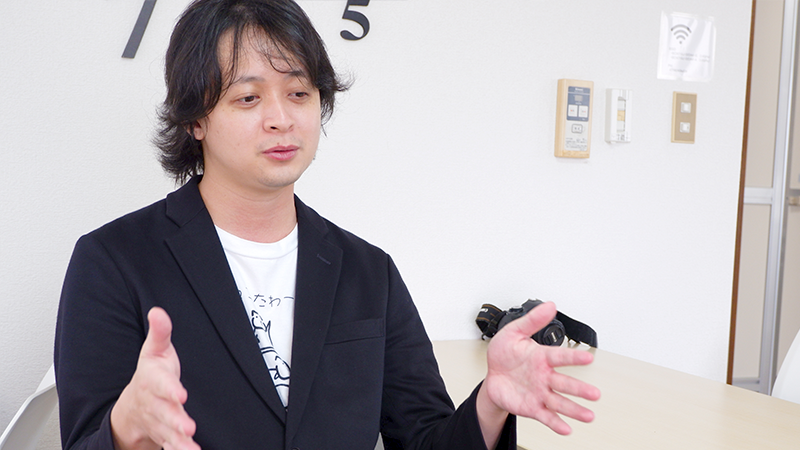 Spilling all the details of his history

There were many cosplayers who caught Blackbeard’s eye while he was cosplaying at events. Of course, the quality of their costumes was excellent, but what he liked about them was the way their behavior and mannerisms made it seem like they had just jumped out of an anime.

“When I was participating in events, there were a lot of cosplayers who drew my eye because they were cosplaying as my favorite anime characters. They were so beautiful and amazing…I really started to respect them as artists and as beautiful women. I started to want to record their beauty in photography, and that’s when I gave up putting on costumes and picked up a camera instead.”

Blackbeard doesn’t mind being called a “kameko”, or beauty and model photographer, but it troubles him that some kameko photographers take photos with ulterior motives.

“I take photos because I want to honor the beauty of the cosplayers. I want to capture the moment when I feel they are most beautiful. But there are definitely kameko photographers who look like they’re just there to take pictures of panties. I try to resist being lumped in with them. In my home country of the Philippines, there’s lots of anime being shown on TV, but doujin culture hasn’t spread all that much, so when one of my relatives who lives in the Philippines came to visit, I brought them to Comiket. They became really interested and had a great time, so I think this culture is something to boast of around the world. I want everyone to not be ashamed to do what they love and share it with the world, so it will spread all over!”

Gather Your Courage and Ask 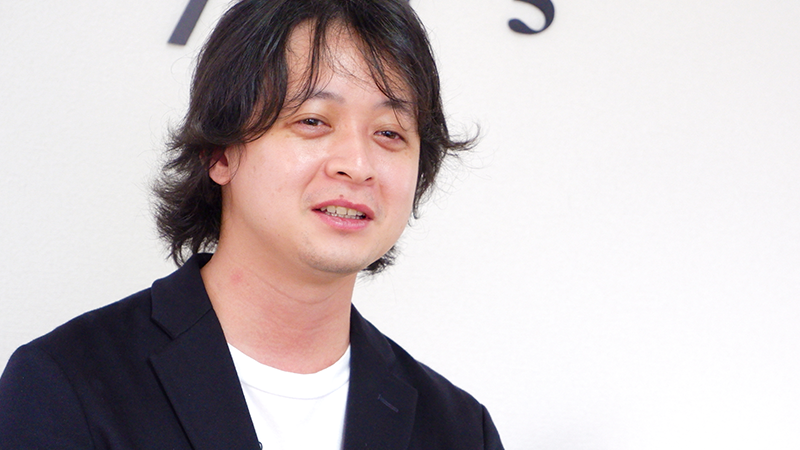 “It’s important to be polite with both the cosplayers and your fellow photographers.”

Have you ever wanted to take a photo of a cosplayer at a doujin event? If you decided not to ask because you were unsure of what to say, or were afraid of being rejected, don’t worry. You’re not alone in that. As a kameko photographer, Blackbeard has some advice for you:

“To even think that you want to take a photo takes a little bit of courage. But you don’t have to stress yourself out about it. Most cosplayers are used to being photographed, so if you just ask them, they’ll probably gladly say yes. However, you should never take a photo of someone without their permission. That crosses into the realm of peep photography. Also, you have to ask for permission if you want to upload to social media, too. Cosplayers often prefer to have photos retouched a little bit before they’re uploaded. They might get mad at you for uploading an unfinished photo, and that’s not good.”

Cosplayers want to be photographed in the most beautiful, cool, or cute way possible. They’re the main focus of the photo, after all. If you’re going to share the photos you take, make sure you listen to the requests of the cosplayers featured first.

By the same token, it’s also important to behave politely with your fellow photographers, too.

“Especially with popular cosplayers. Lots of kameko come to take pictures of them. Once your turn to take a photo comes, don’t take your time. Take your photo and step aside for someone else. It’s vital that we value everyone’s desire to get a photo.”

Your Equipment Doesn’t Matter! Just Take Photos When You Feel the Desire 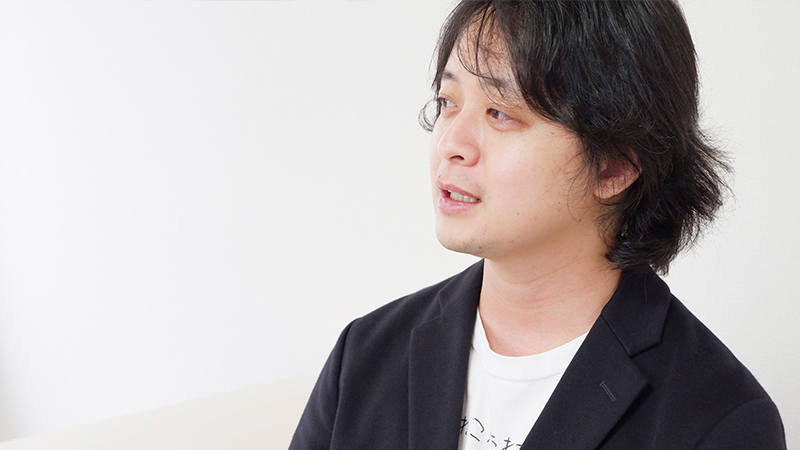 “Don’t suppress your desire to take a photo.”

If you’ve seen kameko at cosplay events, you’ve probably noticed that a lot of them have cameras with lenses that look like bazookas. From our inexperienced perspective, they look like cameras that cost thousands of dollars, so you might think that it’s expensive to start a photography hobby. But that’s not really the case.

“There are definitely people with impressive cameras. Lenses alone can cost 10,000 yen. But I myself don’t have such an expensive camera. If you want to take a picture, you could even use a flip phone! The important thing is not what you use but how you use it, whether you ask permission, etc.”

I Want Otaku to Get Fired Up!

In his pursuit of capturing cosplay beauty, Blackbeard does sometimes feel like the Japanese otaku community is a bit lonely. It’s because of a general characteristic of the otaku.