You know those cement blocks used to make walls and fences? You probably shouldn’t damage them. I mean, they’re meant to be used to protect land and buildings, and to increase their durability.

The reason why we say that is because today’s interviewee, Tooru Maruyama, actually broke one with one hit. No joke; one hit. Check out the video below.

Thump thump thump. The sound of his boots drew near, as if counting down the remaining seconds of my life. Would he take me down if I said something wrong? Sweating bullets, I tried to steel my nerves as I faced off against him.

“Hello! I’m Tooru. I came for an interview!” 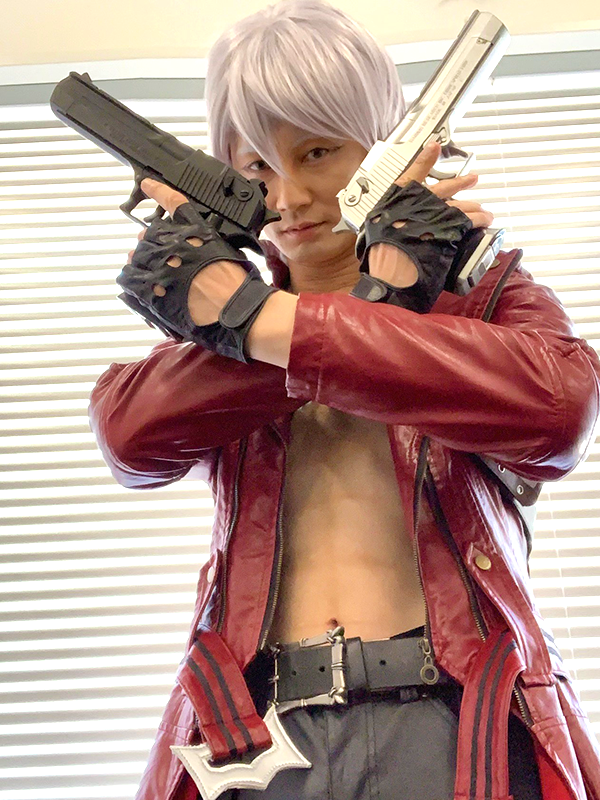 You can’t forget to bring your weapons, even if it’s just to an interview! 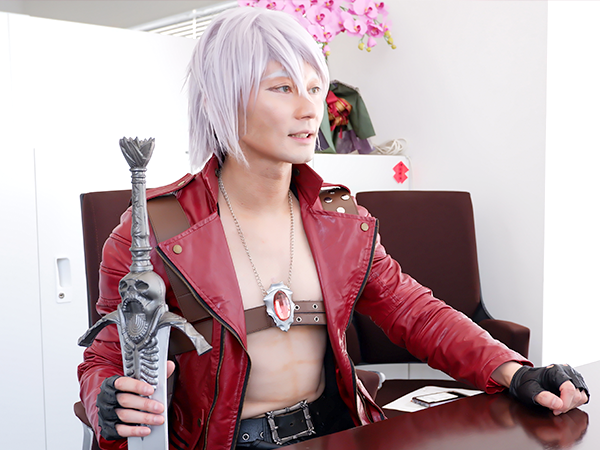 Admiring Fighting Games So Much He Dreamed of Fighting

Ah, words can’t describe his beautiful voice. It was moderately low and very pleasant, but also refreshingly eloquent and easy to listen to. He doesn’t sound at all like someone who could punch through a cinder block!

“Hahaha (in his attractive voice), since I’m a voice actor I try to make my voice more pleasant.”

Ohhh, what a pro! But why upload videos of himself destroying cement blocks to Twitter then?

“I’ve been doing martial arts and karate since I was in college. Up until then I’d had no experience whatsoever, but I started because that time was the golden age of fighting games.”

So because he admired the characters in the games he decided to try it for himself? That’s a pretty impressive resolution. Most people have probably aspired to become as strong as possible at least once in their life. For most, reality stands in the way of achieving that goal, but for Maruyama, it was as simple as smashing through that hurdle.

“I loved characters like Ryu and Ken. That’s why I decided to give it a shot, but I learned that the techniques in games aren’t very practical in real life (laughs). I still wanted to try to master something from a game, so I kept training. I was really working on being flexible. In the end I managed to master the spinning back kick. I could never really get to show it to anyone while I was practicing, but I managed to do one perfectly in a match. It felt so good!”

It does seem impractical that video game characters can unleash a barrage of moves without taking any breaks. But having the willpower and determination to make something a reality and practicing a spinning back kick to perfection is a testament to Maruyama’s otaku spirit. 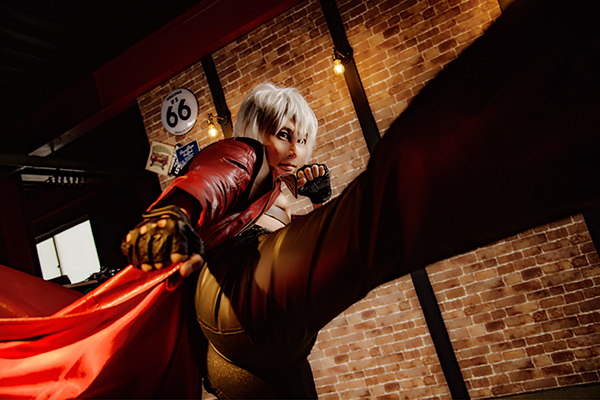 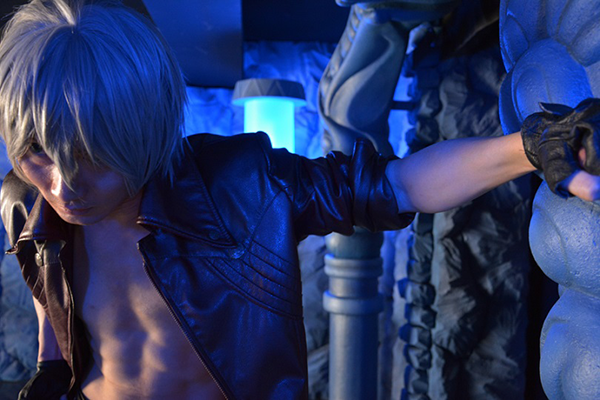 “That experience comes in handy for cosplay too, especially in battle scene photoshoots. I can make photos look really realistic, since I know things like the way the chin draws back or the direction of the fist. Some of my cosplay friends ask me to teach them too, so I’m happy that the things I know can be helpful for others.”

For a martial artist, there are few things more honorable than using your skills to help people.

“It also helps me stay fit. There are a lot of cosplayers who don’t really work out, but since I already train it’s easier for me to do this kind of character. I actually only started doing cosplay after I graduated from college. I went to an event in costume for the first time and somebody asked if they could take my picture. That felt so good!! I was really glad that I trained so hard. “

That was probably thanks to Maryuma’s ability to recreate the charms of many fighting characters like Ryu and Ken, due to his martial arts skills.

“After I learned about how fun and exciting doing cosplay can be, I was hooked. Over time, I’ve gradually started to focus on the small details of my photos, like correcting slight issues with my pose, or deciding to use a different material for the costume. Thanks to that I’ve made quite a few friends who are similar.” 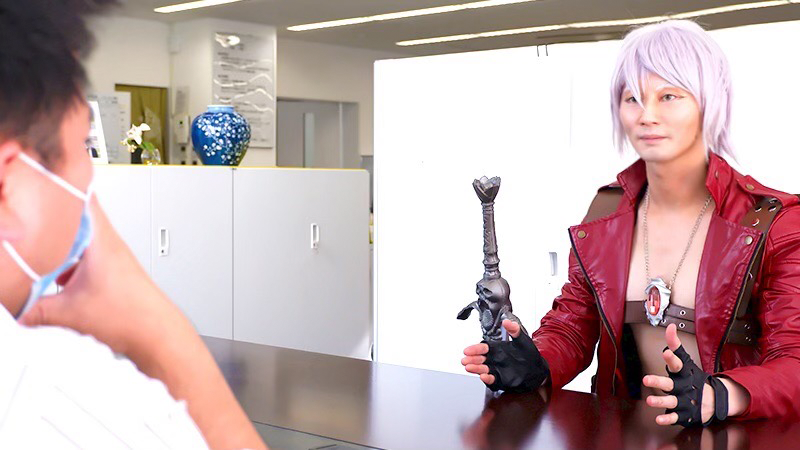 Maruyama telling us about how he’s made friends while in cosplay.

Regardless of Age, Gender, Race, or Species: No Discrimination Here!

Maruyama says there are many more wonderful things about cosplay than just enjoying the attention it brings.

“What’s interesting about making cosplay friends is that age or gender doesn’t matter. For example, I often cosplay as Dante from Devil May Cry, and one time someone happened to ask me if I wanted to collaborate with them because they were going to be his father, Sparda. That person was a woman 10 years younger than me! Cosplay transcends age and gender. It’s hard to find that kind of fun elsewhere.”

After hearing that, even my middle-aged self wanted to give cosplay a try.

“If you want to do it, you should do it! Turn your love into something real! Well, that’s what I want to say, but I know it’s not that easy. I personally think of cosplay as like climbing a mountain. For example, I have to think about and prepare what kind of attire I need on that mountain, put together a schedule for climbing the mountain, gather all my gear, and make sure I’m fit to climb. Cosplay is the same. The level of preparation needed for each character’s costumes and props–and the difficulty of creating those things–is always different. You also have to work together with the studio and the photographer.”

Hmm…now that you mention it, that does sound like a lot to overcome.

“Nah, that’s only if you’re obsessive about it. I think to start out, just taking selfies in your house is fine. I think it’s fun to try taking photos from different angles to experiment with how you look through the lense. And in regards to the costumes, well, I often custom order mine. But there are a lot of different sewers out there, so sometimes small things come out differently from how you wanted them. It’s really exciting when you find a sewer who’s as passionate as you are about the costumes. I’ve been especially satisfied with some sewers from America!”

Ooh…this is very useful information for people (like me) who can’t sew. Buying a premade costume is fun too, but wouldn’t you want a completely unique costume, of which there’s only one in the world? And to hear that the quality changes depending on the sewer’s love for the product… 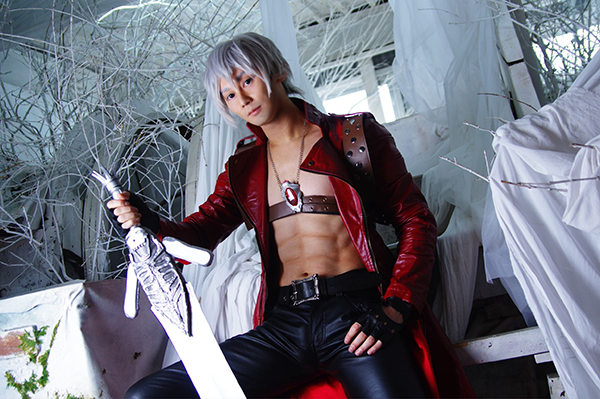 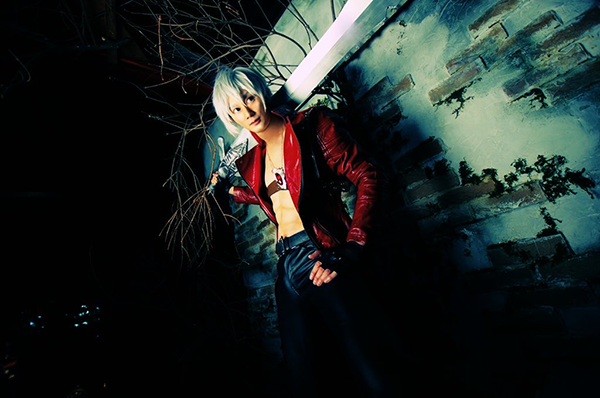 Let’s Meet up at Cosplay Events!

“Since we’re doing social distancing now, I haven’t been able to do photoshoots, but there are still so many opportunities to communicate with people on social media. If you haven’t tried cosplay yet, now’s your chance! Let’s meet one day at an event!”

Ahh! That line made me want to shake his hand. Thank you! We’re going to all do our best to pursue our cosplay dreams too, right? 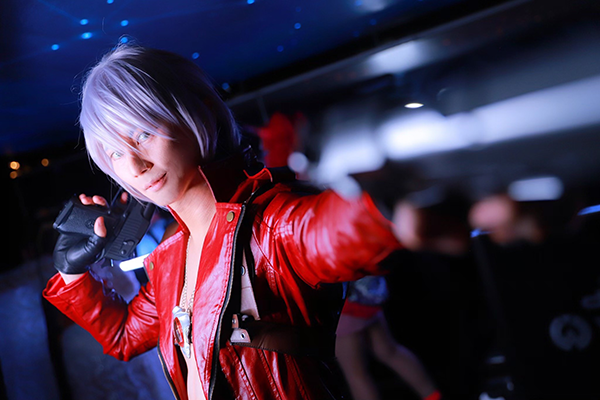 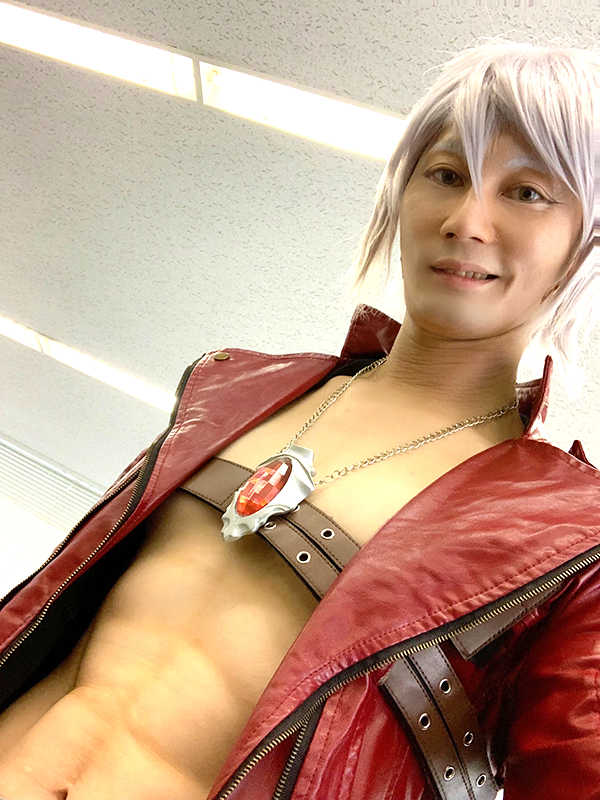 A smiling Dante after our interview!