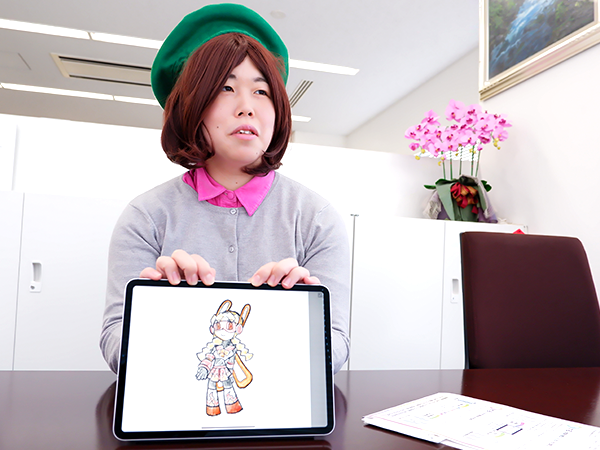 Matilda telling us about how she started writing

Loving Something Enough to Dream Beyond the Story

In sports, there are players who have to play multiple roles for their teams. Take the forward in soccer, for example. They not only have to try to score points, but they also have to defend their goal from their opponents.

In the doujin world, too, there are people who have multiple roles. Matilda is one of them. She was introduced to us by the cosplayer Hanon, but she is not only a cosplayer but also an illustrator and a writer of original and fan content. When she came to do an interview with us, we asked her about how  she came to do all shee does.

“I think it was around middle school when I started writing stories. I’d heard about fan-fiction and dream novels, where the reader can choose the names of the characters, and thought, ‘I can do something like that’, and just started to do it. I always liked thinking of stories when I was little, so I decided to give it a try.”

Every child can come up with a dream world, but actually putting it into words is a lot harder. Whether or not you can overcome the challenges of starting–well, that’s the first trial when you step into the doujin world.

“I really love writing, so I’ve continued doing it all this time. I like writing doujin stories, and I’ve started uploading them to pixiv and Twitter lately. I think I’ve written about 20 fan-fictions. I like to think of the other side of the original setting or story, to imagine a world of ‘if’. Sometimes, after thinking of the title, I get real deep into the story. I usually wrap up my fanfiction at about 2,000 characters (which is roughly 1,000 English words). Since it is fan-fiction, I want to keep things short to make them more easily readable.”

We fans do tend to wonder what would happen in the story based on “if”s…for example, how the relationships between the characters would change if something different happened. If you have your own ideas, you shouldn’t just sit on them because they aren’t cannon. The enthusiasm of bringing it to life is what makes a true fan-fiction doujin! 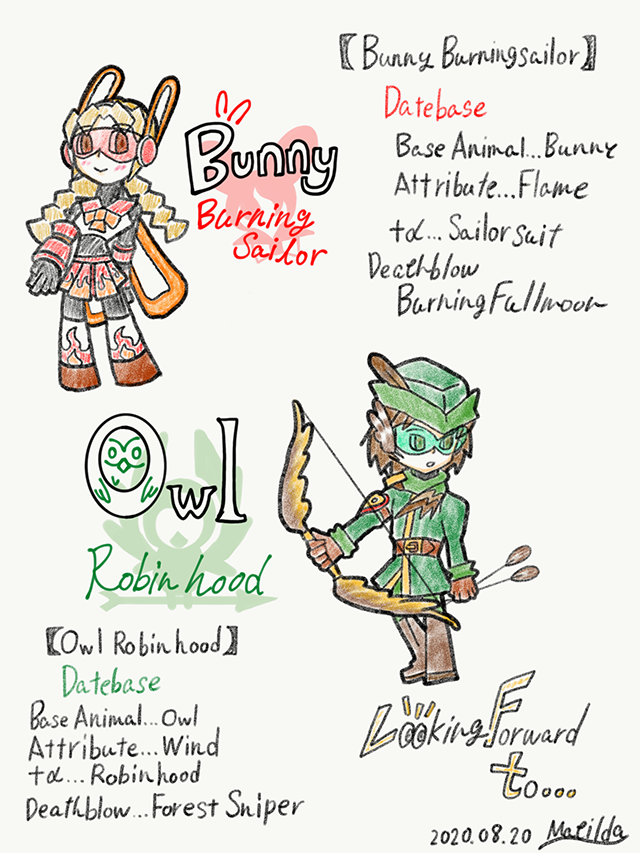 Drawings of original characters designed by Matilda, which are reminiscent of American cartoons. She has tons of drawings of the setting, too!

Matilda’s doujin activity doesn’t stop at fiction. She also draws fanart as well as original characters! You have to see her cartoon illustrations.

She started drawing when she was in elementary school, during the Golden Age of Pokémon.

“We were a Nintendo family, and I grew up playing video games. I loved the NES and the Super NES, and I still clearly remember watching my older sister play Donkey Kong 2 on the TV. So it was pretty natural that I started to like Pokémon and started to draw them. I would draw individual Pokémon and make up my own trainer.”

What?? She just casually mentioned that she created her own character like it’s no big deal??

“You know, like the NPC trainers in the game that would suddenly challenge you to a battle in the street. I thought up my own…”

Ooh…She’s been cultivating a strong imagination for all this time. Sounds like it comes in handy for her hobbies today, too!

She’s currently thinking up a story based on the above illustration, and working on the fine details of its setting. We’re looking forward to reading it one day!

“The first time I tried cosplay was at the end of my first year of high school. I was out with my family and a cosplay magazine happened to catch my eye, and I thought, ‘I wanna try that!’. I started by altering clothes I never wore to make costumes.”

It does seem like, for a student, getting the funds to make costumes would be pretty challenging. It’s not very realistic to buy fabric and make things from scratch, but altering clothes you already have to make a costume is a great idea. You can enjoy both the process of making it and the act of wearing it.

“Today I’m wearing a Pokémon trainer outfit. I keep finding new things I like, so I keep doing cosplay in different genres. I have costumes from Samurai Warriors, Ace Attorney, Project Justice, Dalkstalkers….”

With such a wide variety, doesn’t she worry about being a shallow-level fan of too many things?

“Well, I don’t know how other people do it but…for me, if there’s something I’m even remotely interested in, I’ll research what kind of anime or character it is, what its worldview is like. Then I’ll go to sleep. Of course I forget what I learned while I’m sleeping (laughs), so once I wake up I want to research more, and I just keep going deeper and deeper.”

Oh, excuse me. On second thought, there’s no way anyone could ever call Matilda’s doujin activities shallow! 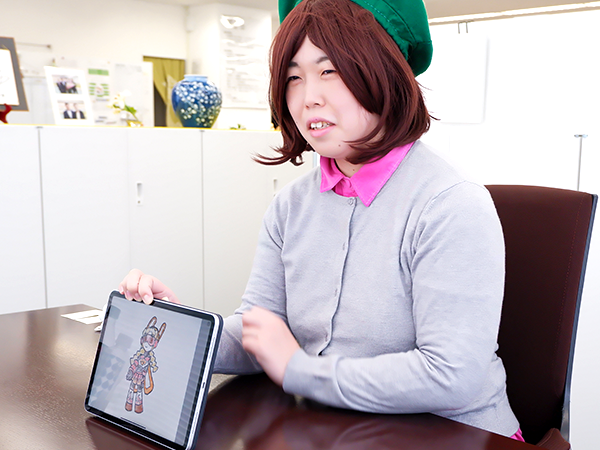 Matilda has created so many works, so of course she wants to share them with as many people as possible. Doujin and otaku culture are popular around the world, and a lot of genres, like cosplay and manga, can be appreciated even if the language is different. From Japan to the world, and from the world to Japan–just by sharing their work can doujin expand their field. But with fiction, it’s not so easy.

“Since I write my stories in Japanese, they only reach Japanese people. I want to be able to share my works and interact with lots of fans, so I hope there will be automatic translating systems I can use one day. It would be amazing to increase my connections with other people.”

At DoujinWorld, we translate our articles into 10 different languages so we can share doujin culture with the world. After talking with Matilda, it’s become clear to us how important and useful it would be to be able to have a quick translation service, too! 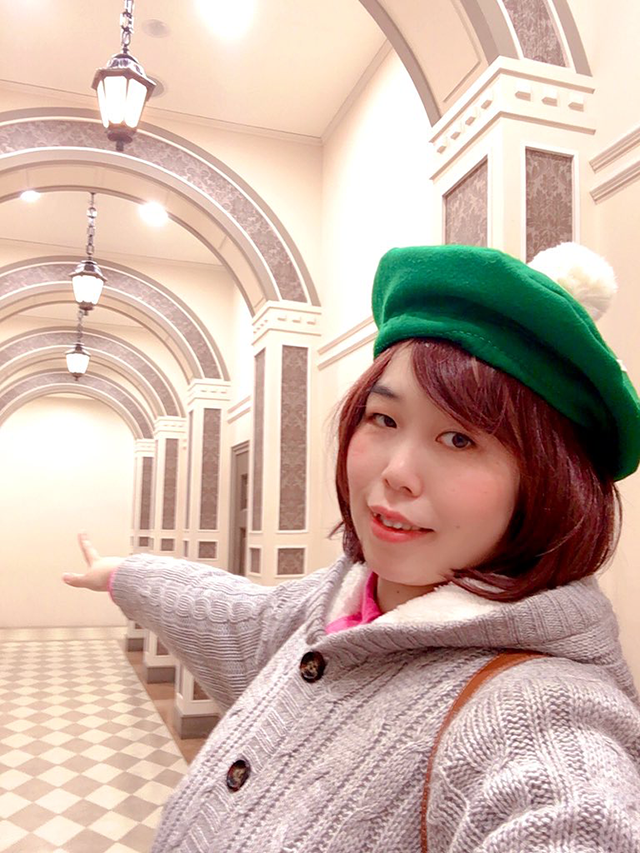 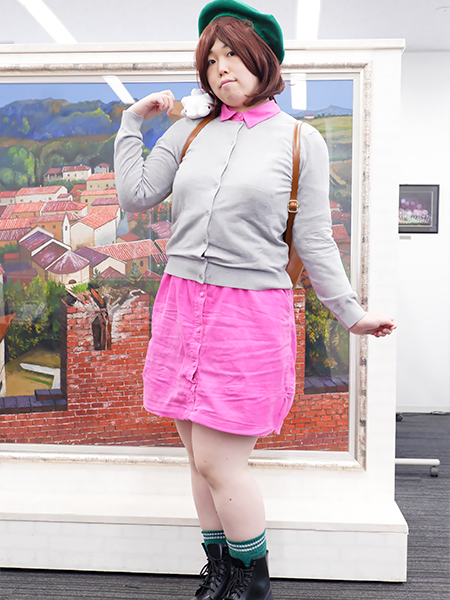 The Pokémon trainer cosplay that Matilda wore to our interview