Toshiru the Cosplayer: Say “Hello” to a New You

Once you open the door you can’t go back

Sometimes you can discover a new world when you aren’t even expecting it. And sometimes the key to that world can come out of left field– it can be anything, even the experience of crossdressing in cosplay…

The one who opened my eyes and introduced me to this world is Toshiru. Toshiru mostly identifies as a Hatsune Miku cosplayer. Ah yes… it looks like a new door is about to open and we’ll gladly succumb to the allure of it all. I mean being cute is the only way to be, right?

So, why would a man want to transform into Miku? Even though in the VOCALOID universe there are so many male characters. 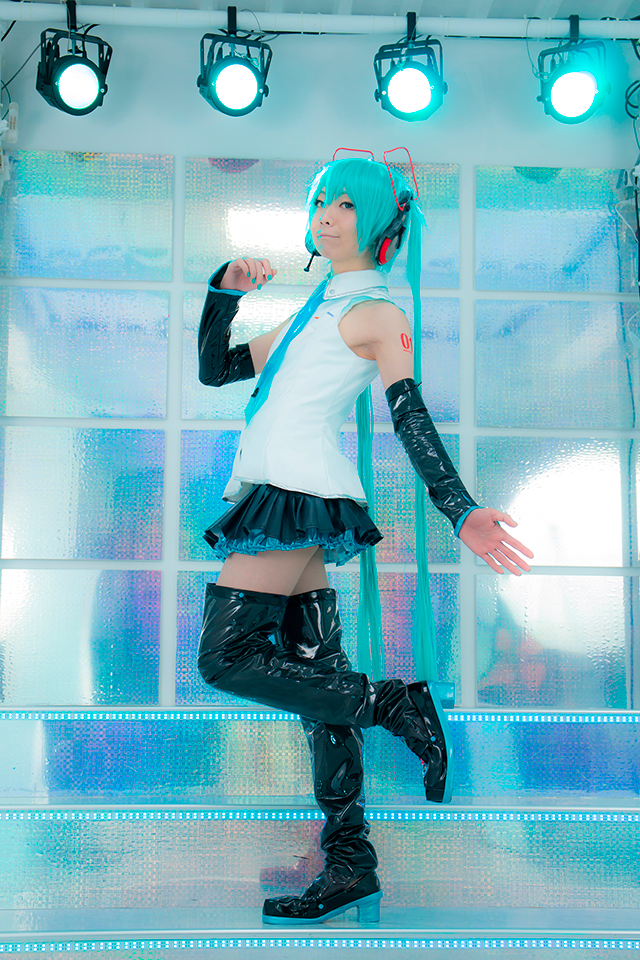 “It was a really random thought. I had never really wanted to cosplay before. I was still just a student at that time. I often thought about the fact that there was nothing exciting at school; it was often boring. I just focused on my classes and thought I really needed to spice things up… I thought “I should do… something!” So I came up with the idea that we would all play rock paper scissors and the person who came in last had to cosplay to school”

Wear cosplay and show up at class… The only one in the class….When the teacher would come in and say “Take your seats”, it would be smooth sailing, right? Your story has a punchline though and somehow I thought I could predict what happened next…

“No, I actually wasn’t in last place. I scraped by coming in second last. I chose the cosplay from VOCALOID because everyone knows the franchise and within VOCALOID Miku is the most popular. The person who lost was pretty big thought, to say the least, he was a giant… and so I bought a 5XL costume for him. But we couldn’t even close the fasteners. You could hear the stretching and straining of the fabric as we tried to put his arm through the sleeve and in the end it just didn’t fit.”

It would be mean to force someone who couldn’t even fit into a 5XL wear the  Hatsune Miku costume, right? But then was the purchase of the costume a loss?

“I thought that it would be such a waste not to use it. Plus the second last person was me, so I had no choice but to do it.”

Ah, like you were part of a fated prank from the goddess herself… you had spent the day at school in that 5XL costume.

“And that was my introduction to cosplay. And I had an absolute blast; it’s so fun! So i joined Comike, my circle in the cosplay community grew and I started participating in cosplay photoshoots. It really felt like my world was expanding.”

The apprehension that was there when he put your arm through the sleeve of his first cosplay was gone. It’s like there was a switch that was flipped in that moment and it now felt impossible to stop. So now Toshiru was immersed in the world of Hatsune Miku. 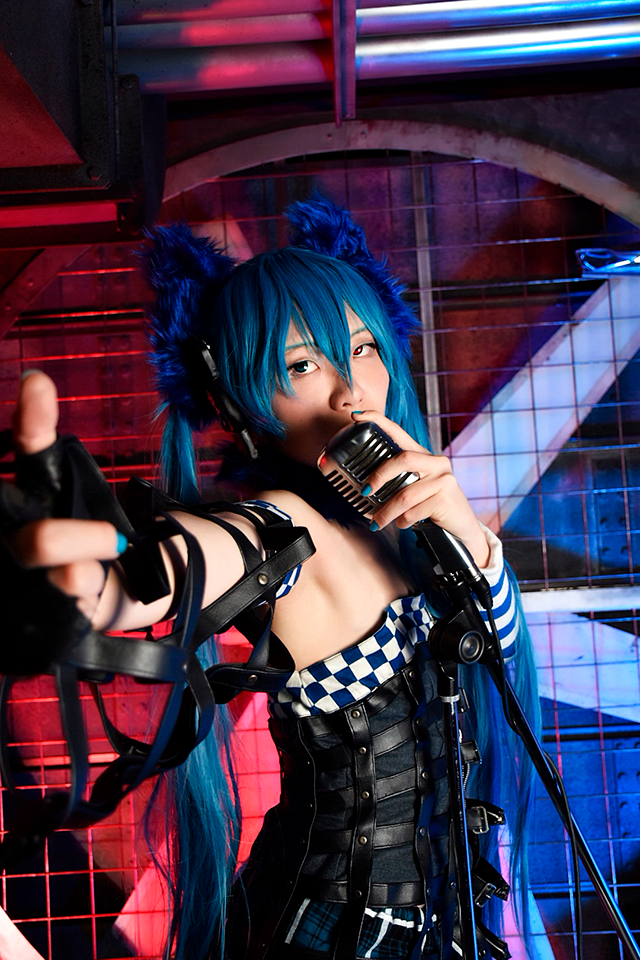 If no one has it, make it yourself! Sewing doesn’t care if you’re a man or a woman

I’ve interviewed many cosplayers for this and I noticed that this is a common mindset; if it’s not being sold, make it. It seems matter of fact.

“It was really hard (to make my own costumes) at first. Even if I looked up how to do something on the internet I found that I would often make mistakes like putting detailing on the costume the wrong way around. But friends have really helped me along the way. Sometimes we would even have Skype production meetings where the only sound on the call was the whirring of our sewing machines… Haha”

And so, your journey into cosplay which started off as a prank continues to gain momentum and really soar. It’s really amazing.

“I have made 28 costumes so far. Most of them are VOCALOID but some are from Ark Knights games and Grand Blue Fantasy. I actually went to Miku Expo in New York 2 years ago. I was making my costume on the plane ride over. We were a group of 4 Japanese cosplayers so we stood out a lot. It worked in our favour because I was able to talk to a lot of locals and really connect with them on Twitter as well. It was a tough trip to make but worth it and I had promised myself to follow Miku anywhere and I had to keep to that promise.” 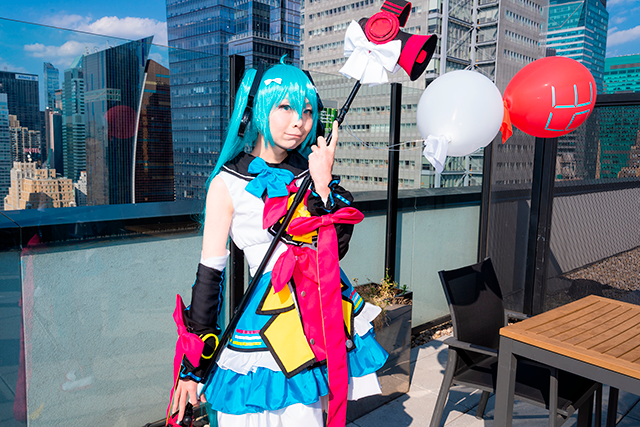 Toshiru’s cosplay being photographed at Miku Expo in New York! 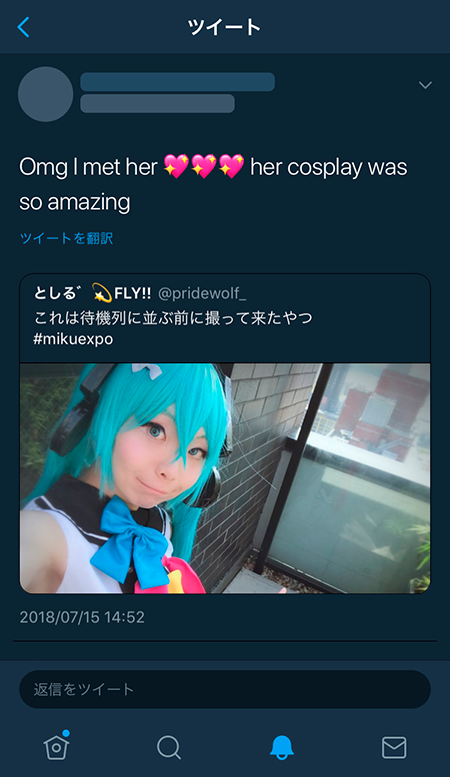 By going to New York, Toshiru was able to  connect with Miku fans overseas.

Hatsune Miku has become a part of daily life

Your ambition spreading overseas must be very humbling. How did a person who started from “I’ve only ever listened to a little VOCALOID” gain so much passion and momentum for it?

“I mean, maybe when I am listening to a song or even watching a video it’ll take about an hour or so at the most. But when I am making the cosplay I become engrossed.. I can’t wait until I can wear the costume and really want to wear it and the earlier the better.  Every piece of free time I have then becomes consumed by Miku. I think that is how I’ve come this far. Haha!”

I see! That being said I can’t say that I understand it myself, but I think that once something you really like becomes a prominent part of your daily life, I think it’s safe to say that you can call yourself a “fanatic (otaku)”. Finally, what are your thoughts on the current VOCALOID scene? 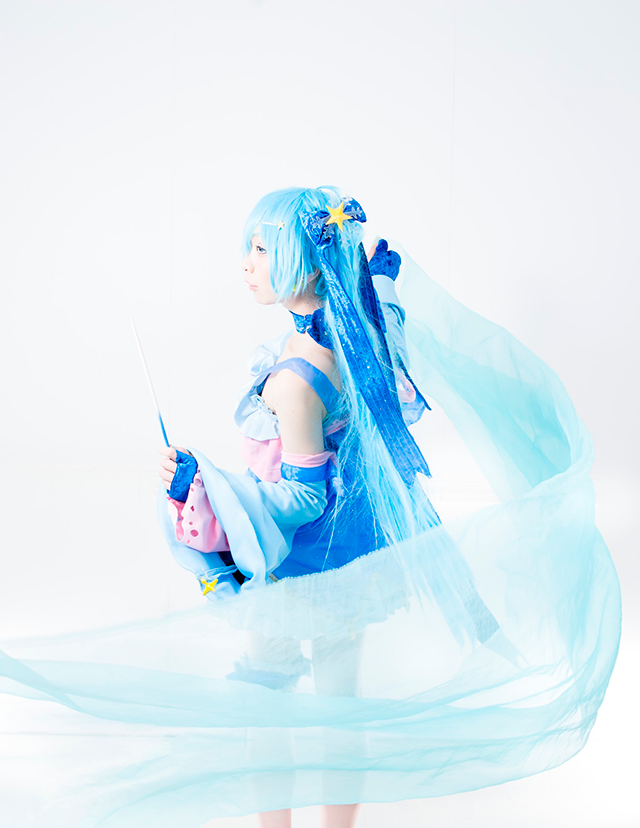 From costumes of Snow; Miku 2017.It’s a fantastic piece.

“It’s been more than 10 years since the Hatsune Miku debuted. And maybe it has had its peak already once. However, I truly feel the shining culture of VOCALOID when I go out and meet people (fans). I try to create my own spin on it using a sound source called “VOCALOID Hatsune Miku”, which is a way for me to discover a new self in a sense. I really feel this way. I can’t really make music either, but I do have the software. It’s only for making them talk once in a while, but with just this computer software, it allows everyone to make their own Hatsune Miku, and each and every one of which becomes the “personal Miku” of the user. I think VOCALOID something that the world knows and loves, will become even more exciting going forward” 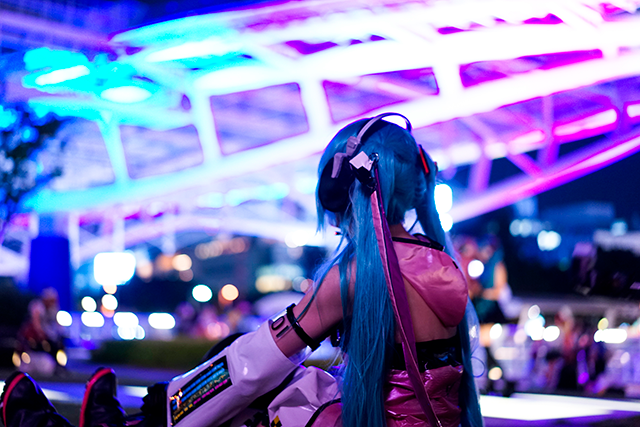 A costume called “Star Voice” that Toshiru wore to the interview.