What are “Kabe Circles”?

Have you ever noticed the word “壁サークル (kabe circle)” used in social media conversations, or doujin event club listings?

Do you know what it means? Allow me to explain. 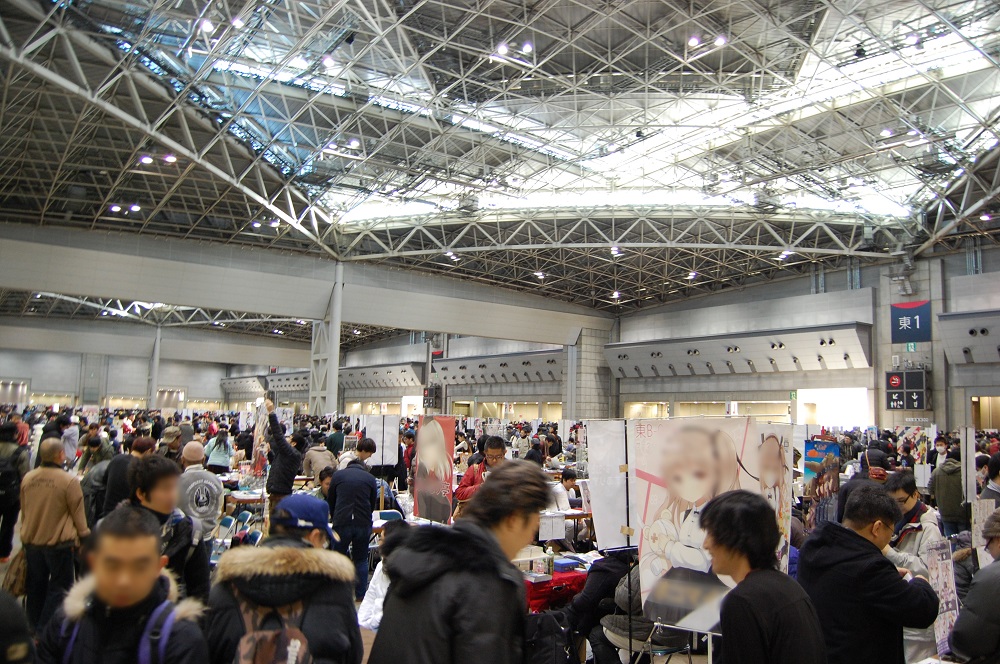 First of all, it helps to know that “circle” is the Japanese word for club, and “kabe” means “wall”. Ergo, “kabe circles” are doujin clubs that have their booths along the walls of an event space.

Generally clubs that get a position by the wall are the biggest, most popular doujin clubs. They’re the ones that are expected to generate long lines of buyers, and, consequently, will bring a huge amount of materials to distribute.

They get placed along the wall because they need a lot more space to store their stock. The passageways in front of them are also wider to make room for the longer lines, to prevent obstructing the walkways.

Not all events have kabe circles. The smaller-scale doujin events typically have smaller venues, so they don’t usually offer wall booths.

However, since being a kabe circle has become synonymous with being a major doujin club, many people use the phrase in general conversation to refer to big doujin clubs, not just in relation to doujin events.

By the way, at huge doujinshi selling fairs like Comiket, there are even booths in front of the transport shutters. The clubs that get these spots are known as “shutter-mae circles”, or “clubs in front of the shutters”.

“Shutter circles”, as we’ll call them in English, are clubs that generate even more foot traffic than even the kabe circles. They’re placed in front of the shutters so that their lines can stretch outside, rather than throughout the venue, to eliminate congestion.

In this and many other ways, the layout of the clubs is specifically designed to make every doujin event a pleasant experience for the participants. 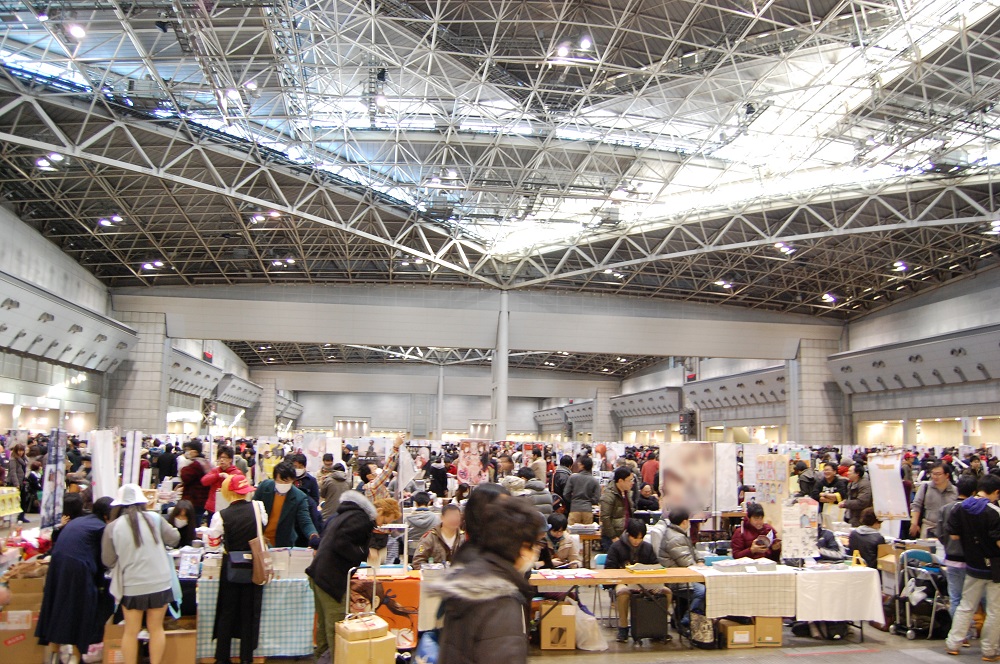 The event space between the walls (where the kabe circles are located) is known as the island (島), so the clubs that have booths lined up across the floors are known as “Shimanaka circles”, or “clubs throughout the island.”

The majority of doujin clubs will have their booths “throughout the island”. Of course, the club booths are all arranged by genre, character shipping, amount of content to distribute, and type of material (manga, novels, goods, etc), so if you are interested in one particular genre, everything you will want to buy will be around the same area.

But since there are so many clubs participating and distributing their works, if you aren’t used to the system, it might be really hard to find the booth you want.

I recommend finding the booth’s genre first, then heading to that area of the island. That way you’ll probably stumble upon the booth you were looking for at some point.

In addition to the “island” booths, there is also a space around them that is comparatively open. This is what’s known as the “tanjoubi-seki”, or “birthday seats”.

Though the clubs that have booths here aren’t as busy as the kabe circles, they’re expected to get a little more foot traffic than the Shimanaka booths, and they’re relatively bigger clubs as well.

Part of the fun of browsing them is seeing their amazingly detailed signs and decorations. These signs are helpful guideposts for the event space. If you get lost among all the booths, it might be helpful to go back to the tanjoubi-seki area and take a look at the posters to find out which genre you’re in. Then you should be able to find your way back to what you’re looking for!

However, some of the kabe circles, the bigger clubs, might be separated a little from the rest of their genre, so it’s best to check the venue map on the pamphlet if you’re looking for something specific. In fact, I recommend always buying the pamphlet ahead of time and continually checking it. Don’t let a single doujinshi pass you buy!